I received a copy of this novel from the author in exchange for an honest review. 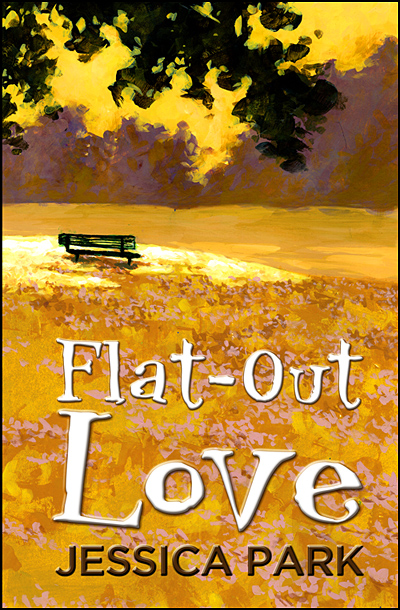 Flat-Out Love is a warm and witty novel of family love and dysfunction, deep heartache and raw vulnerability, with a bit of mystery and one whopping, knock-you-to-your-knees romance.
Something is seriously off in the Watkins home. And Julie Seagle, college freshman, small-town Ohio transplant, and the newest resident of this Boston house, is determined to get to the bottom of it.When Julie’s off-campus housing falls through, her mother’s old college roommate, Erin Watkins, invites her to move in. The parents, Erin and Roger, are welcoming, but emotionally distant and academically driven to eccentric extremes. The middle child, Matt, is an MIT tech geek with a sweet side … and the social skills of a spool of USB cable. The youngest, Celeste, is a frighteningly bright but freakishly fastidious 13-year-old who hauls around a life-sized cardboard cutout of her oldest brother almost everywhere she goes.And there’s that oldest brother, Finn: funny, gorgeous, smart, sensitive, almost emotionally available. Geographically? Definitely unavailable. That’s because Finn is traveling the world and surfacing only for random Facebook chats, e-mails, and status updates. Before long, through late-night exchanges of disembodied text, he begins to stir something tender and silly and maybe even a little bit sexy in Julie’s suddenly lonesome soul.

To Julie, the emotionally scrambled members of the Watkins family add up to something that … well … doesn’t quite add up. Not until she forces a buried secret to the surface, eliciting a dramatic confrontation that threatens to tear the fragile Watkins family apart, does she get her answer.

First and foremost, I have to holler from the top of my lungs, “SQUEE!”
No, really! This book is awesome! I just happened to be scanning my Twitter account one day, and Jessica was looking for reviewers, so I thought “Hey why not?” I enjoy a good YA novel, and I was not disappointed. Immediately, I was sucked into the plot: lost and alone college freshman in a strange town. Cue flashbacks of my first night in the dorms. Fortunately, I was neither alone nor lost. Alas, I digress.
The initial rapport between Julie and Matt was eerily familiar, almost like siblings. And the humor?! Don’t get me started! Within the first chapter, I laughed out loud no less than four times. The characters were well-rounded, and strong while still vulnerable.
Being a female, I obviously identified with Julie, the narrator, but Matt satisfied my inner math-geek. I adored the descriptions of his geeky t-shirts.

Flat Out Love is a shining example of romance in the internet age, complete with IM chats, Facebook status updates, and email communications. I found it rather indicative of the technological advances society has made since the mid-nineties when I was in college. Heck, I didn’t even own a computer until 2000?! I always tell the youngsters the story of “How I Graduated From University Without A Computer”. With an English degree?!
They simply look confused. Apparently, they thought there was no life before computers.
You know, back in the Dinosaur Age, when people actually had to speak to each other in person (gasp), and busy signals were not a thing of the past.
In all seriousness though……oh who am I kidding?!? I’m not serious! Well, rarely anyway.
FLAT FINN! <——-coolest idea ever. Kind of makes me want to have a two-dimensional friend to cart around? Ya know, like maybe a Doppelganger? No. Too creepy. I mean, if Jessica can have a Flat Rick, maybe I should have a Flat Prince or something? You can check out Jessica’s inspiration for Flat Finn here: http://flatoutlove.blogspot.com/p/chapter-tidbits.html
Speaking of Flat Finn, there were hints of emotional instability from the get-go, as far as the family dynamic is concerned. For anyone who has ever dealt with depression, either their own or a loved one, the characters were true yet gritty. Whole, yet fragmented. Without spoiling the entire plot (go read it yourself), I questioned and suspected a few things, but even I did not figure out the whopper of an ending until just before the secret is revealed. Loved the suspense!
I highly recommend this book to everyone! Especially anyone who loves YA books or just humorous Romance!
Thank you, Jessica, for a lovely and enjoyable read! You’ve got a new fan here! 🙂
You can check the book out yourself over on Amazon:
http://www.amazon.com/Flat-Out-Love-ebook/dp/B004W9BYR8/ref=sr_1_1?ie=UTF8&m=AG56TWVU5XWC2&s=books&qid=1302827683&sr=1-1
Find Jessica Park here:
Facebook: http://www.facebook.com/?ref=home#!/Jumby24?sk=wall
Twitter: http://twitter.com/JessicaPark24
Goodreads: http://www.goodreads.com/author/show/22159.Jessica_Park
Flat Out Love website: http://flatoutlove.blogspot.com/
YA Author website: http://yaauthorjessicapark.blogspot.com/
Jessica Park is the author of the young adult novel RELATIVELY FAMOUS, five Gourmet Girl mysteries (written as Jessica Conant-Park) and the e-shorts FACEBOOKING RICK SPRINGFIELD and WHAT THE KID SAYS (Parts 1 & 2). She grew up in the Boston area and then went to Macalester College in frigid St. Paul, Minnesota. During her freshman year, there was a blizzard on Halloween, and she decided that she was not cut out for such torture. So she moved back to the east coast where, she’d forgotten, it still snows. Oops. She now lives in New Hampshire with her husband, son, bananas dog named Fritzy, and two selfish cats. When not writing, she is probably on Facebook , pining over 80s rock stars, or engaging in “Glee” activities. Or some combination of the three. Probably with a coffee in hand. 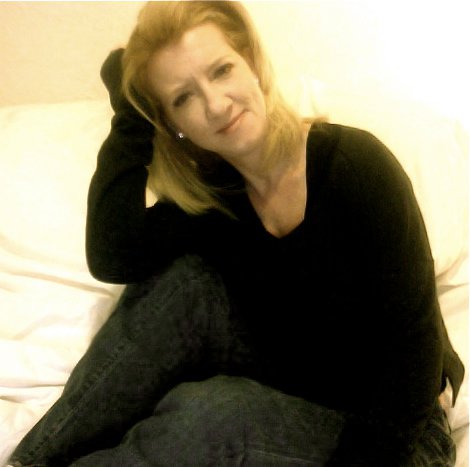